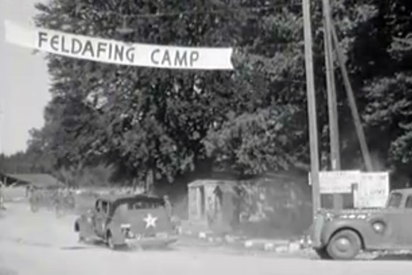 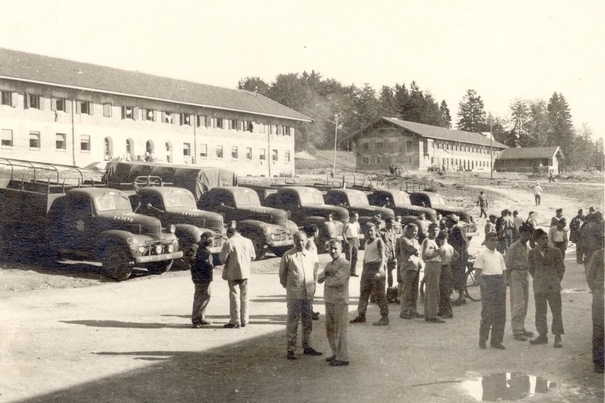 Lola Fuchs and Leon Mazliach were both taken to the Feldafing Displaced Persons (DP) Camp, Germany after they were liberated in May, 1945.

They met in a kitchen where they both worked. They were married shortly after and had a son, Abe, in May 14, 1946. After a failed attempt to travel to Palestine, they returned to the Feldafing DP Camp where they had a second son, David, in February 4, 1950.

Feldafing was opened by the US Army and was the first all-Jewish displaced persons camp. It hosted a large and important community of survivors.

Originally a summer camp for Hitler Youth, Feldafing was located 20 miles southwest of Munich in the American zone of occupation. The first director of the camp was Lieutenant Irving J. Smith.

The camp was comprised of stone and wooden barracks as well as individual homes that were requisitioned from Germans. The US Army originally opened the camp on May 1, 1945, primarily to house 3,000 Hungarian Jews. However, until July 1945, the camp housed many non-Jewish concentration camp survivors.

In autumn 1945, the first all-Jewish hospital in the German DP camps was founded at Feldafing with 1,000 beds provided by the Joint Distribution Committee (JDC).

Housed in a separate kinderblock of 450 children and adolescents, many of Feldafing's youngsters organized kibbutzim (Zionist communes). These included secular kibbutzim such as "Shayeret Zvi" and "Zerubavel," and religious kibbutzim such as "Chafetz Chaim" and "Ohel Sarah."

Theater troupes such as the "Partisans" and "Habima" entertained the camp population. Camp residents also organized an orchestra. 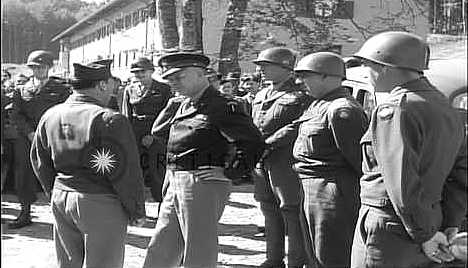 General Dwight D. Eisenhower personally inspected the living conditions of Feldafing in September 1945. The hospital, as well as additional housing, was a direct result of the Harrison report and Eisenhower's visit to the camp. Footage of Eisenhower's visit shows crowds of survivors surrounding Eisenhower, much as they did when Jewish leaders like David Ben-Gurion visited the camp. Ben-Gurion's initial visit to the camp in October 1945 was an important boost of confidence to the population of Feldafing and its central committee.